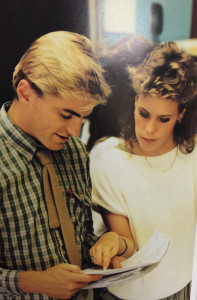 It was as quiet as a fraternity house could get. The ambiguous time on Sunday afternoon when you’re not ready to leave the weekend behind and certainly not desiring to think about what lies ahead. The only noise I could hear was Daryl Hall crooning something about the “kisses on a list”. It was the middle of  August and for a recently graduated 22 year old wannabe school teacher, time was not on my side. As one of only a few brothers staying in TKE house  that summer of 1982, no one would have ever detected any anxiety from an unemployed, college degree holder looking to start his career in the classroom. I had just completed my student teaching at Allen High in Allentown Pa., and beside public speaking, teaching seemed to be the only talent I possessed. The problem was Bethlehem  Steel was going out of business and a new school teacher had not been hired in the  Allentown area in the last five years. Still, there I lay with my head in the lap of Nancy Coslet, sipping a cold draft. I recall my mind being as quiet as it ever has been. Nancy was a friend who was going to be a senior at Cedar Crest College the neighboring all-girls college. We didn’t use the term then but we were “friends with benefits”. Nancy was a great girl and always looking out for me, but on this lazy, hazy, August dog day living there in Allentown, she was a about to end my moment of tranquility forever.

She pushed the Help Wanted section of the New York Times into my face, “Rich, it’s time for you to go to work.” I raised myself up, flattened the paper with all the news that is fit to print and started reading aloud. “High School Social Studies teacher with Basketball coaching experience wanted: Pine Bush High School: Pine Bush, New York.” For the prior three years I had been determined not to return to my home town area. I had been prepared to make my mark and start a life in the Lehigh Valley. Somewhere in the dim light of the late afternoon I knew I was going home. One phone call and one interview later, Pine Bush Central School District was my first professional employer. I didn’t realize it at the time, but Nancy Coslet playfully hitting me in the face with a newspaper triggered the course of the next 35 years. I do my best not to dwell on the “what ifs”; I prefer to look at spontaneous happenstance as opportunity. If my friend had skipped over that ad, or not bought the New York Times that day, God only knows how different my life could have been.I see their faces clearly now, as if it was that early September day in 1982. Mike Kennedy, Elliot Ramos, and Cheryl Brown sat in that order in row one. Standing in front of my first official class with my square knit tie and penny loafers I remember an amazing feeling of empowerment and self worth.  It took a few minutes to convince the group in front of me that I was not a new student playing a prank, but actually their history teacher. I truly loved to teach and did believe I was doing what I was meant to do. While I struggled hard in my personal life, the five years I taught in Pine Bush were magical. Only now am I aware that the experience made my 20’s bearable and presented me an extended adolescence that I needed so badly. Like at the start of any intense love affair I was smitten with Pine Bush and they with me. We were both finding our way, growing, making mistakes, rising, falling and acquiring new-found confidence.

I taught two years of eighth and ninth graders before moving on to the high school in Autumn of 1984. Even though I had a couple years of experience, the line between student and teacher became a sliver. I liked to think I never crossed those fine lines, although I’m sure there are some with long memories that may beg to differ. The fact was I had close, meaningful  relationships with both students and faculty. I taught students I was sure would go on to make a difference in the world: Scott Hughes, Regina Martin, Dean Bubalo, Mike Kiselak, and Darren Terry. I coached athletes that possessed grit and desire that any coach would die for: Jack Shaughnessey, Peter Tomasulo, Kenny Merklin, and Jimmy Doyle. What I didn’t understand then was the impact that these students had on me until after I left the stage. It was March 15, 1986  that I met  a student’s sister who would turn out to be the love of my life and future wife. She was going to medical school in Albany and I was teaching in Pine Bush. We got a place halfway in between and still call Kingston our home. 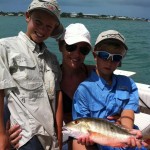 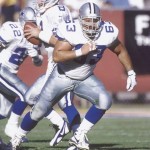 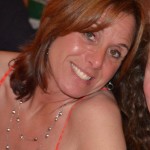 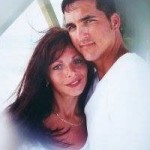 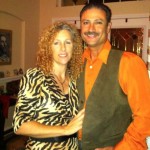 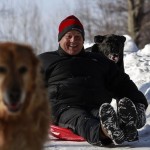 Fast forward three decades and my phone rings, I didn’t recognize the number but I made an exception and picked up the phone. “Hey Rich, this is Michelle Annunziata,” Michelle lives in the area and is one of the few people from back then that I’ve had limited contact with over the years. “Coach Murray put together a swim reunion and we’re holding it at Kiernan’s in Pine Bush, why don’t you stop by?” “Thanks Michelle, but you know I’m not big on group reunions, tell Charlie (Murray) I said hello and give me a call to let me know how it went.” Coach Murray and myself came of age together as teachers and people at about the same time and in the same place. We were very different and yet very much alike. As coincidence would have it, Charlie married a doctor and I married a Physician’s Assistant. Our wives have been in practice together for over 20 years. Yes, it is a very small world. Michelle’s phone call about Coach Murray took my attention back to Pine Bush. How did I get there? How did I get from there to here? If we try, we all can connect the dots to our lives.

Laboring with the requirement for teachers to obtain a Masters Degree prior to beginning their sixth year and wrestling with school authorities’ regimentation and rules prompted me to leave Pine Bush in the spring of 1987. I left teaching altogether two years later. When I put the pieces of my life together as the years pass it becomes more evident to me that my days in Pine Bush were a fundamental point to the start of the puzzle called adulthood. I have a deep appreciation for those early periods of a career I ended up leaving behind. The community, the students, and my co-workers accepted me as a flawed neophyte trying to make his start in the big world. In the present, there is not a day that goes by that I don’t find reason to draw on my experience in Pine Bush. We all have precise instances in time that set the course of our lives. For me, it is nice to be able to pin point one such moment. Nancy Coslet had much to do with me going back to the Hudson Valley and starting a teaching career. The dots began connecting in the hamlet of Pine Bush. Our lives have a tendency to circle back from whence we came. Lately I can feel the axis spinning. Thanks, Nancy, wherever you are. 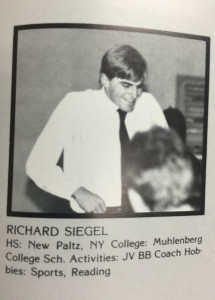 Author’s Note: More specific stories from the Pine Bush years to come in the next few weeks.